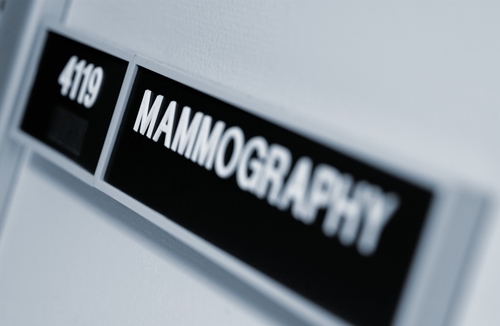 Researchers analyzed screening data from over 500,000 women, aged 50 to 69, who were screened as part of the Spanish Breast Cancer Screening Program which took place between 1994 and 2010. Approximately 76,075 received false-positive scans which resulted in an overall, subgroup risk ratio of 1.84 percent. Women who received two or more false-positive exams had a risk ratio of 9.13 percent.

"As with other variables, such as family history, age, and breast density, previous screening results may be useful to improve the accuracy of risk prediction models," the investigators wrote.

A Hot Topic
The subject of false-positives has become a trending topic within the medical imaging community, reported The New York Times. In light of increased public concern over false-positives and the unnecessary and invasive follow-up tests they sometimes prompt, breast cancer prevention groups have scaled back general screening guidelines and encouraged women to develop personalized detection plans. In the last year, the American Cancer Society and the U.S. Preventive Services Task Force have both publicly championed such an approach.

Other preventive groups and medical organizations oppose this philosophical change, as it seems to shift the focus away from early detection.

"The harm of a missed curable cancer is something profound. The harm of an unnecessary biopsy seems somewhat less to me," Dr. Clifford Hudis, chief of breast cancer medicine at Memorial Sloan Kettering Cancer Center in New York, told The Times.

Recent Related Findings
Castells' research follows on the heels of a similar study published in the December 2015 issue of the journal Cancer Epidemiology, Biomarkers and Prevention in which researchers analyzed over 2 million mammograms performed on women aged 40 to 74, at hospitals across the U.S. between 1994 and 2009. Approximately 8 percent of these patients received false positive exams.

The study, led by Louise Henderson, Ph.D., an assistant professor of radiology at the University of North Carolina School of Medicine in Chapel Hill, concluded that women with a history of false-positive mammogram results may have an increased risk of developing cancer when compared to those with true negative results. However, the findings also indicate that false positives should only be considered moderate risk factors, to be weighted with age, race and breast density.

Dr. Richard Wender, chief cancer control officer at the ACS, found the study convincing and said it fell in with a larger body of research that points to a connection between false-positives and increased cancer risk, reported CNN.

"I think we can now state with confidence that (it) is in fact a risk factor for developing breast cancer," he told the news organization.