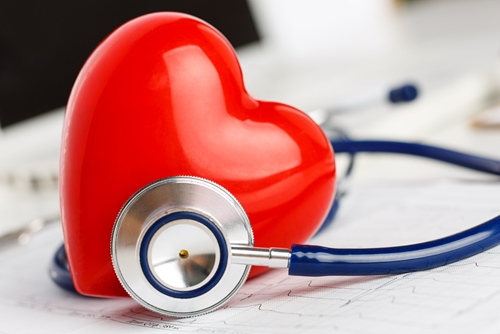 National guidelines remain divided on the relevance of carotid imaging for patients who have not yet suffered a stroke. Some doctors have suggested that the process is of low value for such patients, and recommend lowering its use. To evaluate these claims, a research team at the University of California, San Francisco, led by Dr. Salomeh Keyhani, performed a retrospective cohort study.

The design and results of the study

The team specifically looked at more than 4,000 Veteran's Health Administration patients, ages 65 and older. Each individual that was studied has been undergoing carotid revascularization for a stenosis between 2005 and 2009, performed while they were asymptomatic. An overwhelming majority of the subjects, 98.9 percent, were male.

The results confirm the wide range of opinions on the subject of carotid imaging. Just 5.4 percent of the treatments were agreed to be appropriate, according to Keyhani et al., compared to more than 11 percent that were deemed inappropriate. Most of these, 83.4 percent, were characterized as "uncertain."

"We found that the vast majority of patients undergoing carotid screening had inappropriate or uncertain indications for such imaging," Keyhani concluded to Medscape Medical News. "Our main message is that physicians are ordering carotid imaging for indications not supported by the guidelines. We are clearly ordering too many carotid imaging tests."

She went on to explain that the cause of these additional tests is not immediately clear. Because the study was done on VA patients, there was no financial motive for the physicians to order unnecessary tests. She surmised, instead, that the dissonance between the national guidelines is driving the confusion, and that providers remain divided over which set to follow. In addition, a quest for thoroughness may lead clinicians to complete procedures to be safe, rather than sorry.

The reasoning behind the data collected

There are essentially two opposed schools of thought on the issue. Keyhani told Medscape Medical News that while the U.S. task force is staunchly against carotid imaging in asymptomatic patients, the American Heart Association intimates that it might be the correct course of action provided there are multiple concurrent risk factors.

She also noted that the lack of consensus follows a lack of evidence. Because neither side has been able to prove the value of its argument beyond a reasonable doubt, testing guidelines are based primarily on expert opinion – which, like all opinions, can vary from circumstance to circumstance. Keyhani cited this as one of the reason that more long term studies are required, as the uncertainty around the process has in some cases negatively affected patient outcomes.

For some doctors, the rate at which imaging is the chosen course of action is cause for concern. One such physician is Dr. David Spence of the Stroke Prevention & Atherosclerosis Research Centre at Western University in Ontario, who told Medscape Medical News:

For now, it appears as though clinicians will be divided as long as the established guidelines on medical imaging are.